Does your family get enough Omega-3 in their diet?

You may remember from your home economics days at school that Omega-3 fatty acids are the most important building blocks of the brain. Everyone needs them and we can only get these critical fatty acids from diet or supplementation. It’s especially important for growing children as without these important fats, it can become difficult for kids to concentrate, learn new information, and balance their moods properly. In fact, a 2012 study found Omega 3 DHA had a profound improvement in reading age, concentration and learning ability in children, lower levels of DHA were attributed to poorer reading and impaired performance.

Omega-3s are found naturally in some foods and are added to some fortified foods :

Aim to include the following three foods in your daily diet at home :

Now, at Saucepan Kids, we’re all about avoiding processed food and getting all our nutritional needs from a balanced diet, however Omega-3 is the one supplement that we do all take everyday. We’re told that we need to feed our family oily fish two to three times a week and like many Irish families, we regularly struggle to achieve that so we’ve always relied on Eskimo-3 Omega-3 food supplements. Just one 5ml spoon of Eskimo kids oil keeps our kids Omega-3 levels up. There are two
flavours to choose rom Zingy Orange and Tutti Fruity. Our kids always preferred the Tutti Fruity one.

Once our kids turned twelve, we moved them onto the Eskimo Brain 369 supplement, which is similar to Eskimo-3 Kids but contains a higher amount of omega-3 DHA plus Co-enzyme Q10. Our kids wanted to feel grown up so we stopped using the liquid and they started taking the capsules with my husband and I everyday. 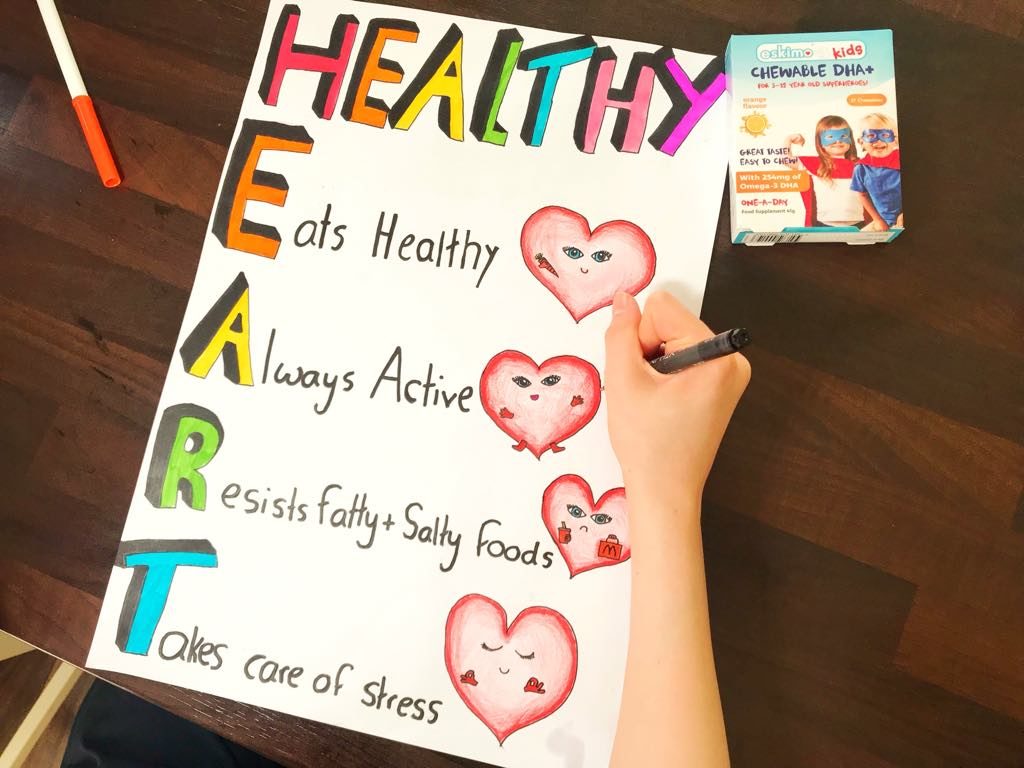 I’m not a qualified nutritionist or dietician so I asked the experts at Eskimo-3 why Omega supplements are so important for every member of the family. They told me that early omega-3 exposure may reduce incidence of children’s allergies which is amazing. A recent 2017 article reported that eating oily fish or fish oil supplementation in pregnancy may be a strategy to prevent infant and childhood allergic disease, whilst a study in infants from birth to 6 months found that omega-3s were able to modify markers of immunity and potentially be protective against allergies.

In addition, Bisgaard et al. reported a significantly reduced incidence of persistent wheeze or asthma at ages 3 to 5 years in children whose mothers took fish oil during pregnancy. All of this indicates that consumption of omega-3 during pregnancy by the mothers or intake of omega-3 in infancy may well be able to help reduce the incidence of allergic diseases, including asthma.

How much is required?

The European Food Safety Authority (EFSA) state that you need 250mg DHA daily to support healthy brain function. Eating oily fish twice a week (think SMASH – salmon, mackerel, anchovies, sardines and herring) will provide a healthy dose of omega 3 EPA/DHA. Since it is almost impossible to get children to eat enough fish to meet the requirements, it’s smart to supplement their diet with a premium Omega-3 supplement such as Eskimo-3 Kids.

Vitamin D for Bones and Immunity

Vitamin D, the “sunshine vitamin”, is well known for its role in building strong bones and teeth. It’s not just about bones though. Vitamin D is needed for a healthy immune system – helping the body to fight off infections, making it a very important supplement during back to school time. The Irish Osteoporosis Society has called on parents to keep vitamin D intake top of mind as we head for the winter months. Some 88% of primary school children in Ireland have been reported to have vitamin D intakes below the recommended amount.

Kids who do not get sufficient calcium and vitamin D are at increased risk for rickets (softening and weakening of bones in children, poor growth). Eskimo-3 Kids achieves brilliant results in recent study. A Danish study has confirmed positive effects of fatty acid supplementation on behaviour and cognitive function in children. Children were given Eskimo-3 Kids containing a combination of omega-3, -6 and -9 fatty acids with added vitamin D3 for 4 months. Children in the various test groups showed significant improvements in a number of indicators where problems already existed. Memory 58% Mathematics 70% Frequently recurrent throat and upper airway infections 69% Eczema 65% Dry Skin 78% Recurrent colds 60% Ear Problems 100%

Be smart, give your child Eskimo-3 Kids daily!

Taking a daily fish oil supplement, naturally rich in omega-3,-6 and -9 plus vitamin D, can support your child’s brain, bones, immunity and skin and is a simple way to safeguard your child’s health.

Disclaimer : This post is sponsored by Eskimo-3. We have always used Eskimo-3 in our home and therefore were happy to work with them on this campaign.