Ryan’s Ten Pin Eatery is located in Cape Cod Mall in Hyannis and basically offers everything that any family could ever want in terms of entertainment under one roof. There’s a restaurant, bar, bowling lanes, Laser Tag, Escape Rooms, an arcade and Virtual Reality. When we were invited to come and visit, we knew that it would be a fun way to spend an evening with the kids.

A step into Virtual Reality

When we arrived, we didn’t know what to try first but the Hologate Virtual Reality rooms caught our eye so we tried that and loved every minute of it. There are different VR games to choose from, each lasting about five minutes. You wear a head-mounted display and hold a pair of controllers in your hands. The five minutes felt so much longer as you’re immersed in the VR world playing the game with your friends or the rest of your family. You can interact with each other which means that you can work together or compete against each other depending on the games. I can honestly say I have never laughed so much. It cost $8 per person which I think is brilliant value. 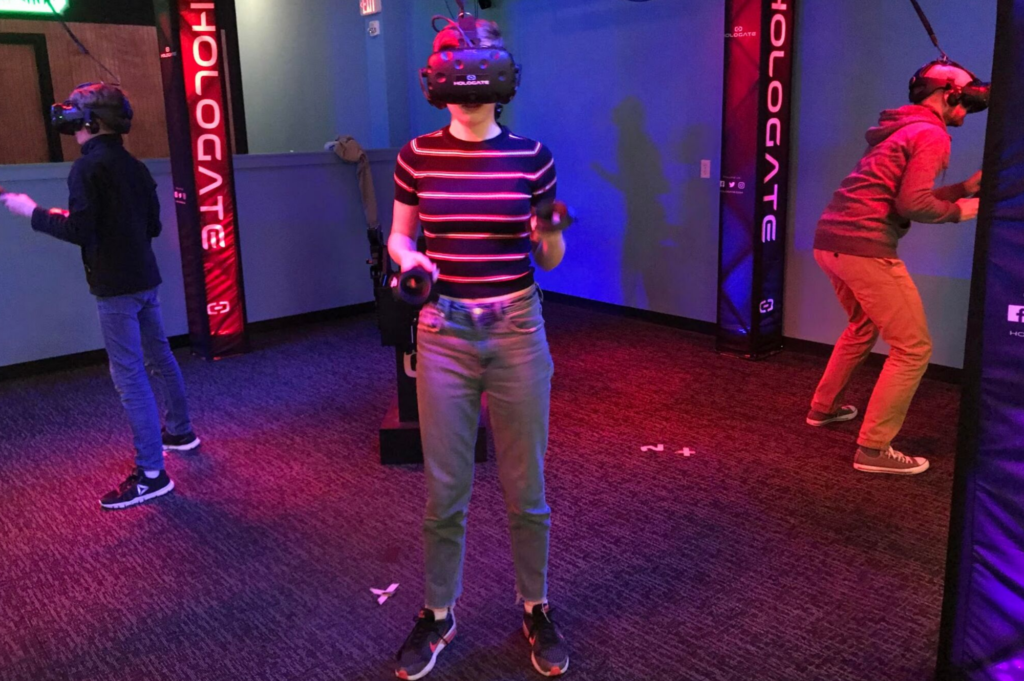 Puzzle solving in the Escape Rooms

The next thing to try was the Escape Rooms, there are three to try, Pharaohs Revenge, Inventors Workshop, or May Day. We settled on the Egyptian themed one, as the other rooms were occupied. It’s more expensive at $21.95 per person but it lasts over an hour and meant that we had to work together to solve the puzzles. The kids had tried something like this before back in Ireland but it was my first time James and I had given it a go and we both loved it.

There are lots of special offers to be had. For example, you can walk-in and pay $19.95 and that will give you an escape room and a game of VR. 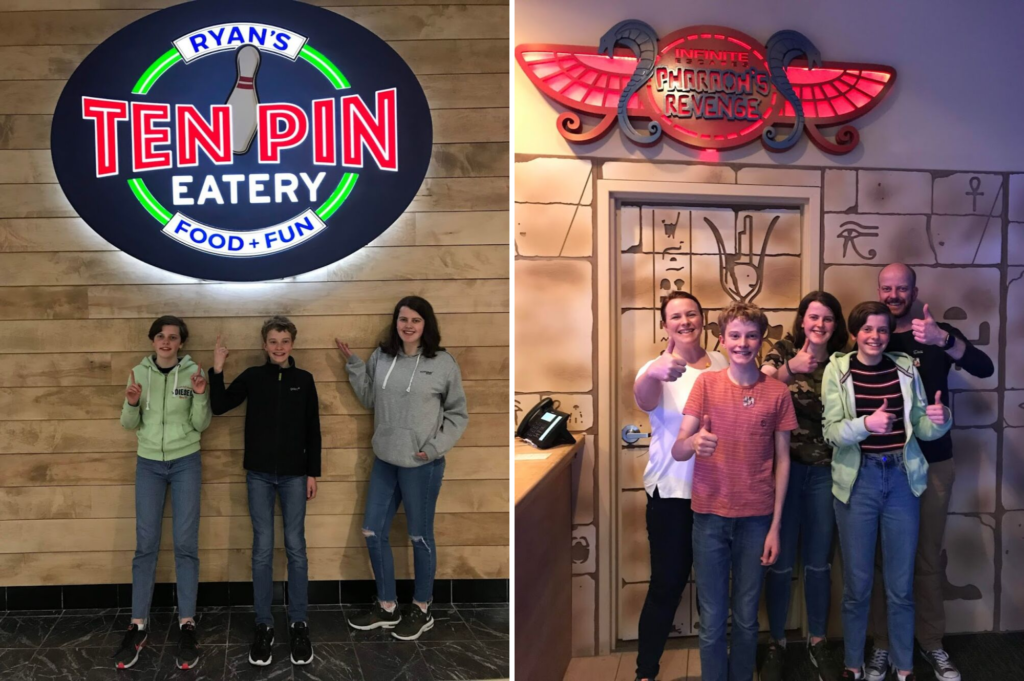 After all that fun, we were starving, so we headed into 300-seat restaurant for some traditional American food. We had a feeling it was going to be good as there were so many families dining there. We enjoyed some really tasty dishes like chicken wings followed by fried calamari. The kids loved their pulled pork nachos and burgers. The portions were huge and the kids agreed that they could easily have shared one or two dishes.  As we were in America, I thought I would try the root beer but I have to be honest, I really didn’t like it. Still I’m glad I tried it, nothing ventured and all that.

There are excellent dining deals to be had too, for example, they have Taco Tuesday (all tacos are only $7.95) and all you eat pasta on Wednesdays for only $9.95 all day. If you buy a game card worth $10, you can get a kids meal for only $2.99 which is great value. 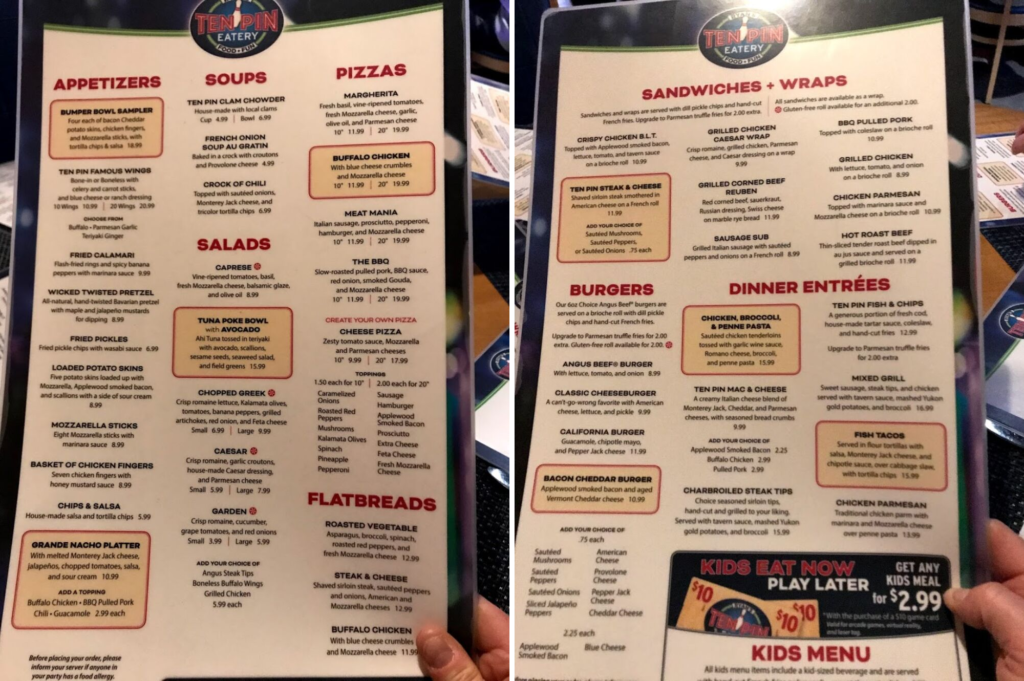 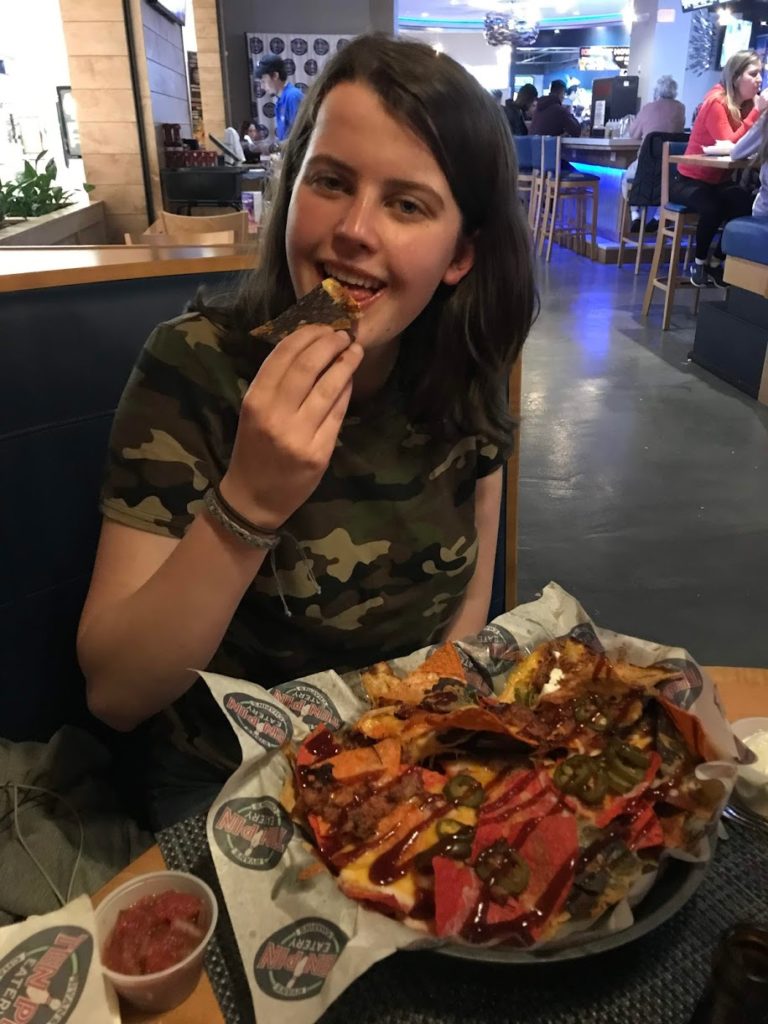 After we had finished dinner, we were offered the opportunity to try out the private bowling room with three bowling lanes and a private bar. We felt like proper VIPs. I was definitely delighted to be able to bowl badly without an audience! The private bowling room is such a brilliant idea. I can see it being very popular with birthday and corporate parties. 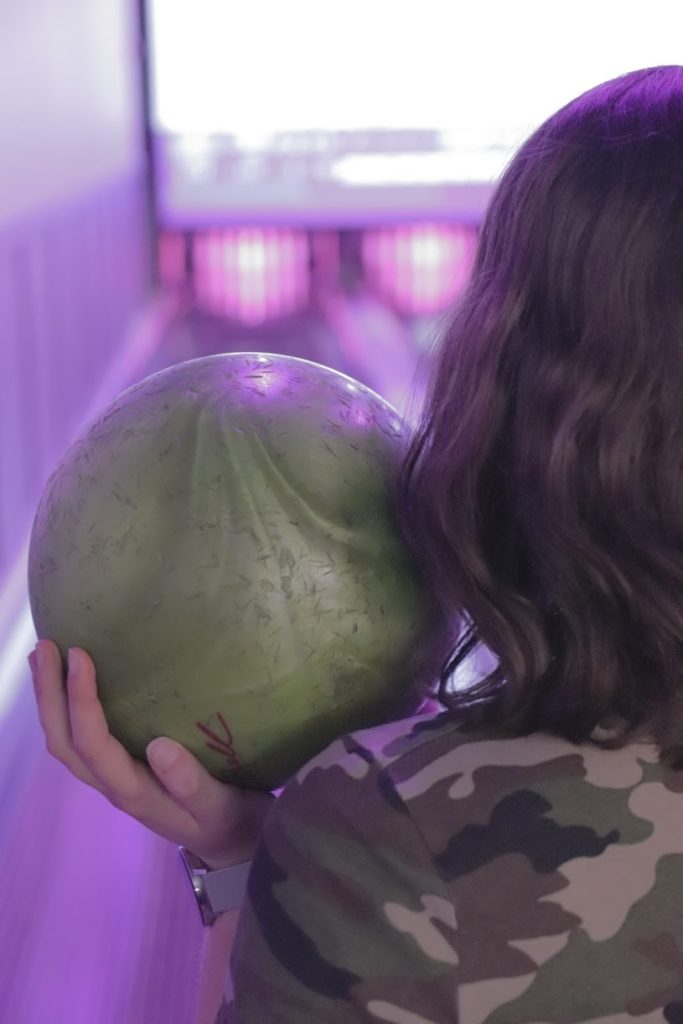 After bowling, we tried the Laser Tag which my teenagers assured me would be great fun. They were right, James and I ran around the Laser Tag arena like armed assassins trying to hide from the kids and shoot them when we could. I may have taken my role a little too seriously 🙂 I loved the way the Laser Tag arena was laid out like Cape Cod streets. It was a serious workout and I thought that we should definitely look at replacing boring gyms back home with Laser Tag venues.

Old-fashioned fun in the Arcade Room

The finale of the evening was having time to play in the arcade room. I was amazed how slot machines had moved on since I was a child. They offer an Arcade Games Player Card which is a great way to manage your spending. If you buy a card with $20 then you get an additional $8 bonus play. When you play, it records how well you do and you can claim prizes based on your winnings. 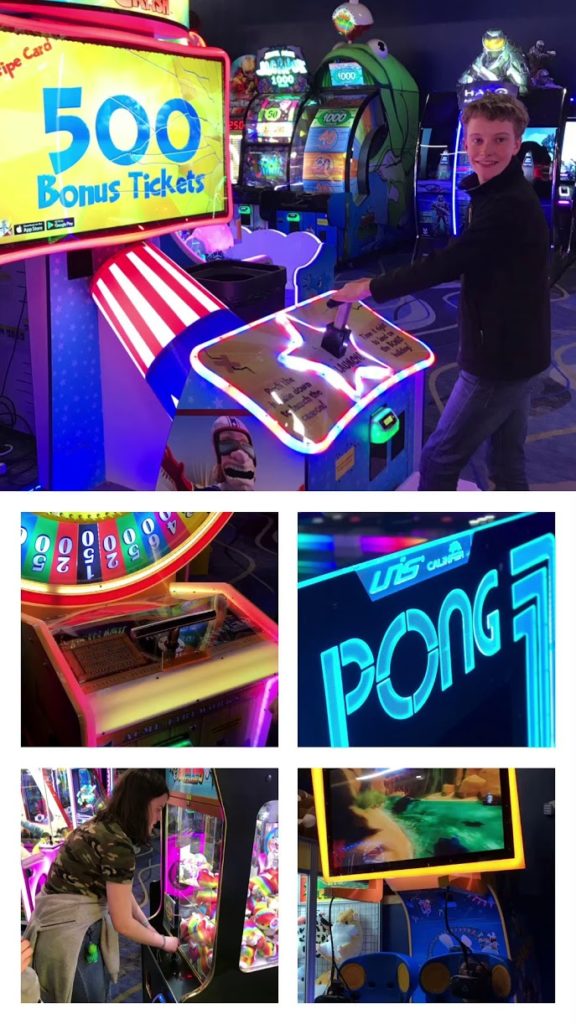 All in all, Ryan’s Ten Pin Eatery was a fantastic way to spend an evening in Cape Cod. We spent five hours there and would definitely recommend it to any families visiting the Hyannis area. 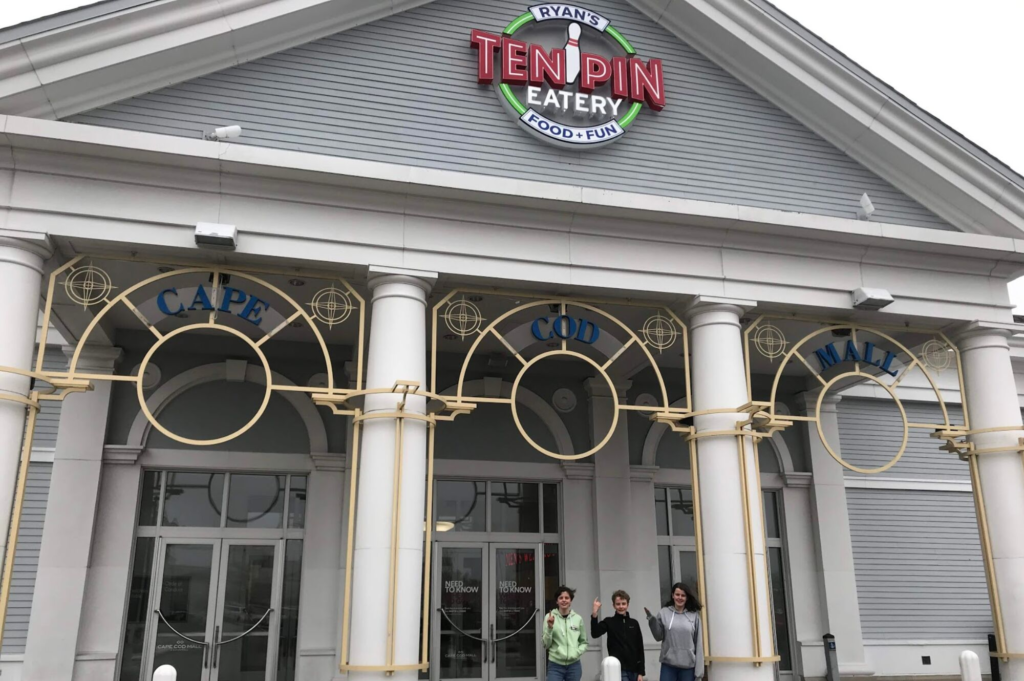 Disclaimer : We were guests of Ryan’s Ten Pin Eatery in Cape Cod, Hyannis. Our images and thoughts are 100% honest and our own.