Location, location, location. This has got to be one of the key selling points of Hotel Beacon in Upper West Side, New York. It’s ideally situated to explore NYC. It’s a mere ten minute stroll to Central Park and there’s a Metro subway stop just two minutes walk from the hotel entrance, on 72nd street, allowing you to get anywhere in NYC quite quickly.

Location isn’t the only thing that Hotel Beacon has got going for it, it also offers incredibly family-friendly accommodation which is so important when you’re travelling with kids. It has 278 studios and suites to choose from.

We stayed in a one bedroom deluxe suite (No. 2202) which has two double beds in the bedroom and a double sofa bed in the living room, a lounge area and a kitchenette. Even though there was five of us (including three tall teens) we still had plenty of room. The lounge area meant that we weren’t sitting on top of each other and the kitchenette made it feel more like a small apartment than a standard hotel bedroom. Considering how centrally located the hotel is, I was surprised how quiet it was in the hotel room. 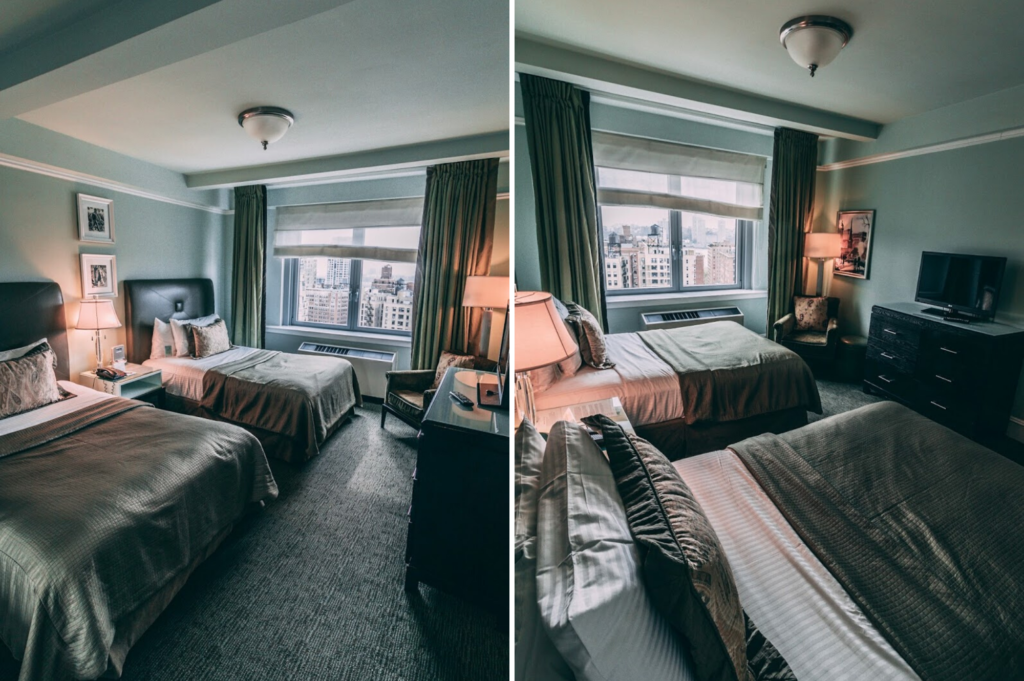 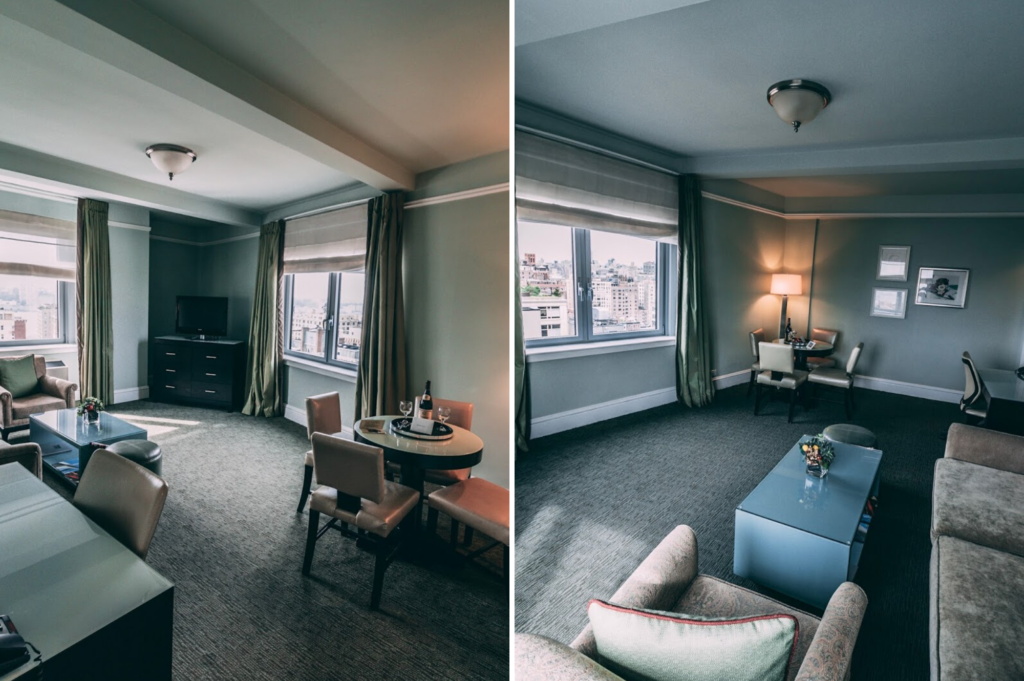 Our suite was a corner suite with dual aspect windows so we had stunning views of Central Park, the Hudson River and Midtown Manhattan. The windows had extra deep sills which meant that you could easily lose track of time watching the NYC skyline at sunset. 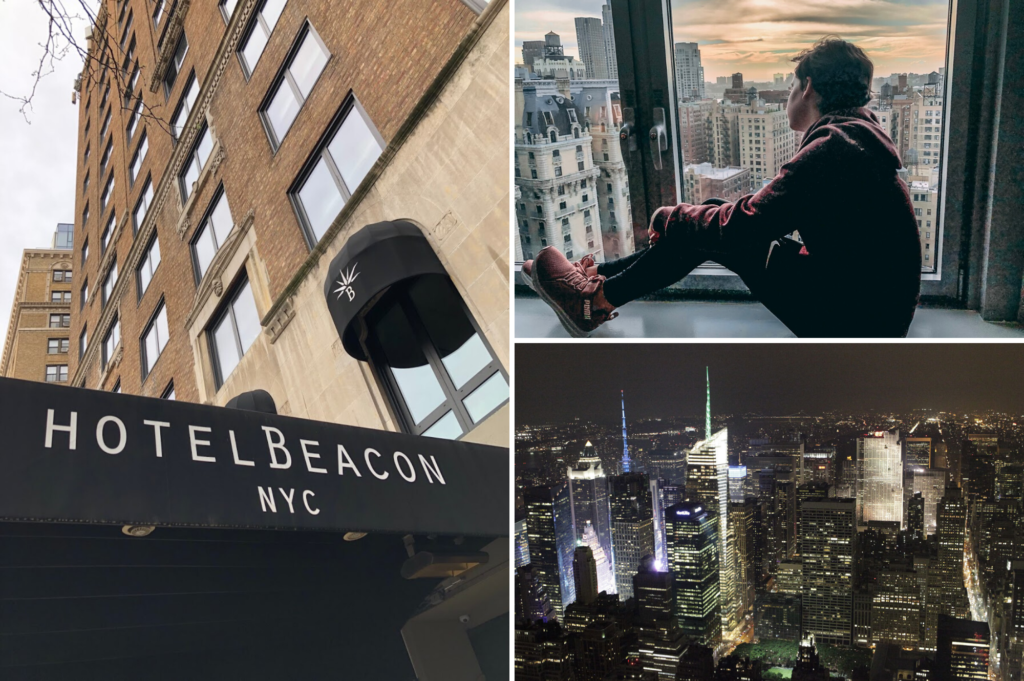 The fully-equipped kitchen has a large fridge freezer, sink and four ring gas hob. There was even an extra menu of things that you could have like a sharp knife, vegetable peeler etc. When requested, they are delivered up to your room quickly. The room is also cleaned everyday. One day we were in a rush to get out the door and we left a few breakfast dishes in the sink and when we returned that evening, the dishes had been cleaned and put away for us. Now that’s what I call excellent service. 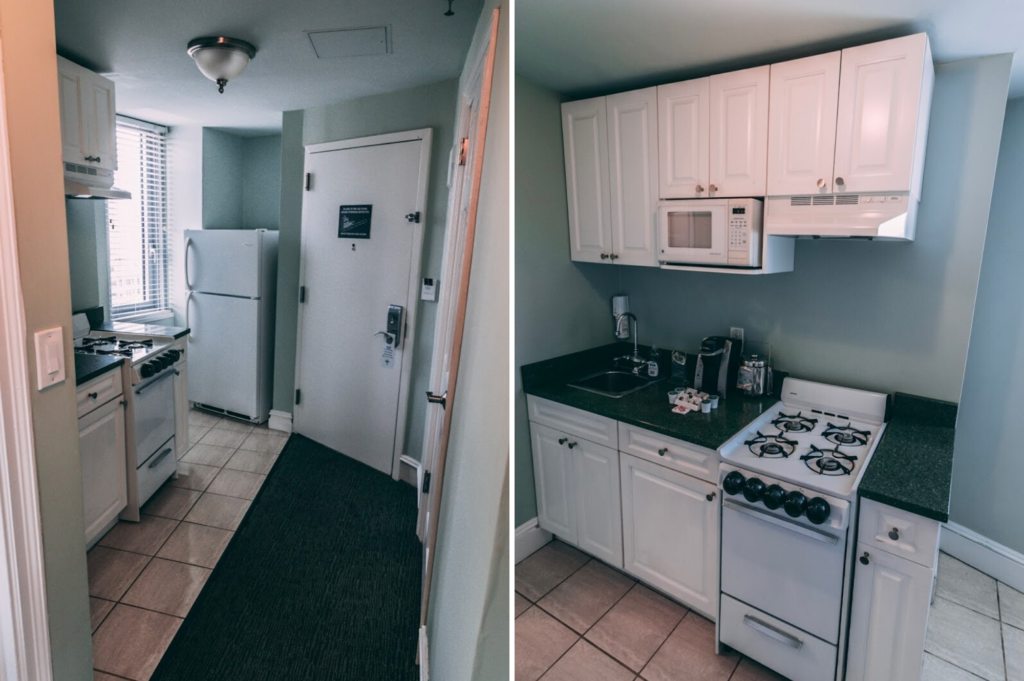 There was air-conditioning in all rooms which was welcomed on the balmy June evenings. The marble bathroom was a little old-fashioned but it was perfectly adequate for our family of five. There was a flat screen television in the bedroom as well as the living room however we didn’t get a chance to even turn it on as we had such a busy schedule taking in all the NYC sights.

Unlike other hotels, Hotel Beacon doesn’t have a restaurant in house, however there is a restaurant called ‘Viand Cafe’ right next door which has a pretty good early bird menu option, three courses for $24 per person and served a purpose when we we were hungry and needed feeding not long after arriving in New York. Watch out for Seinfield who is known to regularly eat at Viand as the other side of Hotel Beacon is the well-known Beacon Theatre where Seinfield took up residency in 2019.

If you would like to cook, which we did on our second night, there’s a large, reasonably priced, supermarket right across the road called the Fairway market.

There is the trendy ‘Beacon Bar’ on the ground floor which we didn’t get a chance to spend any time in as we had a busy schedule but it looked like it would be popular with the theatre crowd.

There’s a very useful coin-operated self service laundry on the fifth floor of the hotel which was welcomed as we’d been travelling for over a week and were running out of clean clothes by the time we got to New York. 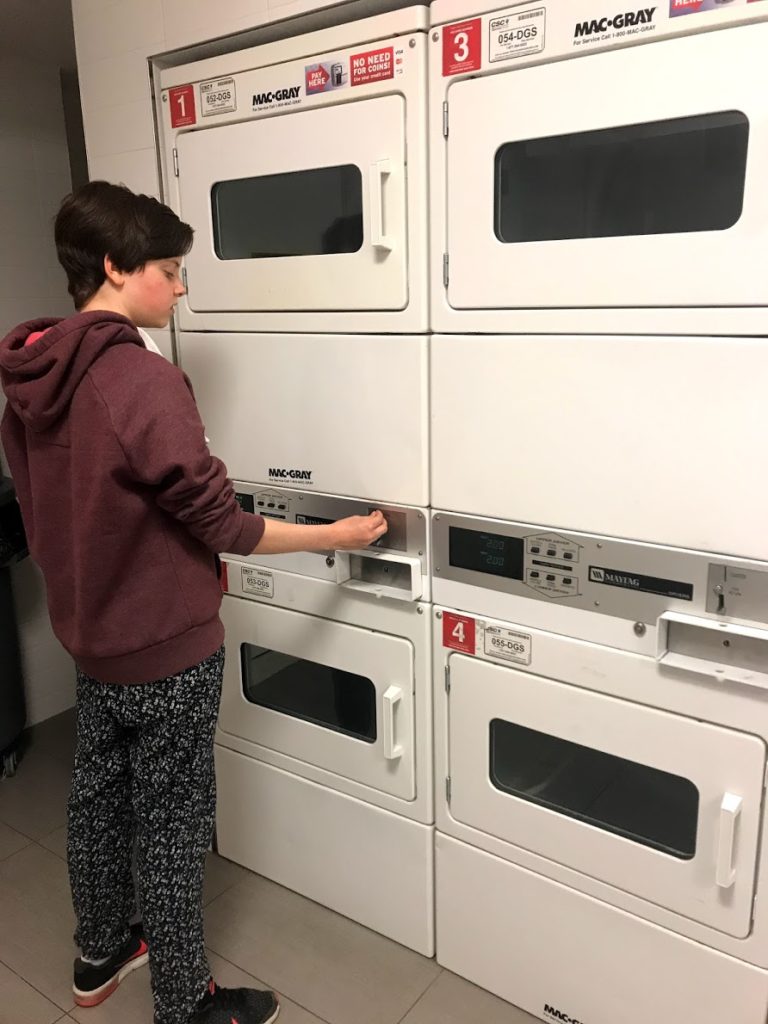 New York is a huge city and, without a doubt, the subway is the quickest and easiest way to get around. If you’re staying in the city more than three days then I would recommend buying everyone a seven day unlimited travel ticket (which covers trains and buses) for $33 each. They can bought in the station kiosk but they will only take cash so be prepared that first morning.

Things to do in New York

When you start planning a visit to NYC, it becomes apparent very quickly how much there is to do and why it’s nicknamed the ‘City that never sleeps’. What you get to see and do will depend on many factors, where you’re staying, how old your children are and how long you are spending in New York. Overall we loved our stay and felt that we needed the full five days we were in the city to get an appreciate for what it has to offer families.

We have written a separate more detailed blog post about our favourite things to do with the kids in New York. 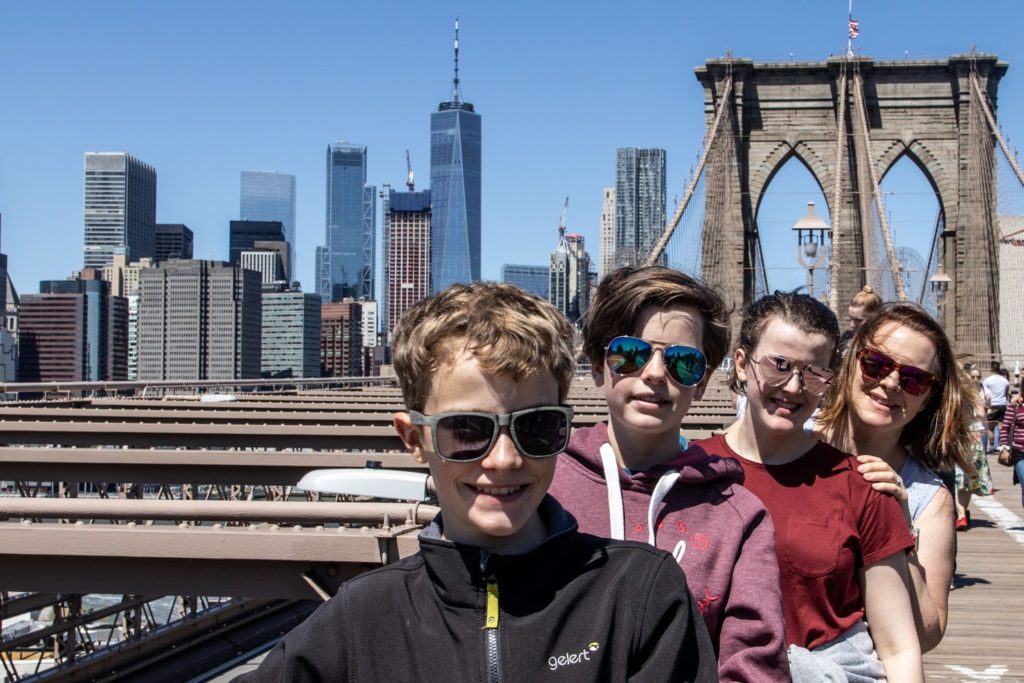 Disclaimer : We received a discount on our 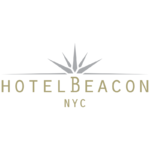 five night stay at Hotel Beacon NYC. We were not asked to write this review. All opinions are honest and photos our own unless otherwise stated.